Are you curious about Escape Rooms, but not sure what to expect? Well, hopefully we can give you some helpful insight as to what they are, how they were invented, as well as what they entail. This new and popular Escape Room fad is sweeping the nation fast as more and more companies are starting to show up with their own rooms around West Michigan. We even have four of our own rooms at BAM! Entertainment Center.

Escape Rooms are designed to put a willing group of people inside a room together. (Ours are for 4-6 people per group.) The group is given a clue to start out with once inside the room. They must solve the given clue to unlock more clues (that lead to more clues, and so on) that will eventually lead them to figuring out how to exit the room in as little time as possible. If you get stuck on a specific clue, don’t worry! The Game Masters are there to give you hints on what you need to do next to successfully get out! Escape Rooms will generally have their own theme, such as sports, western-style, science experiment rooms, and MANY more. 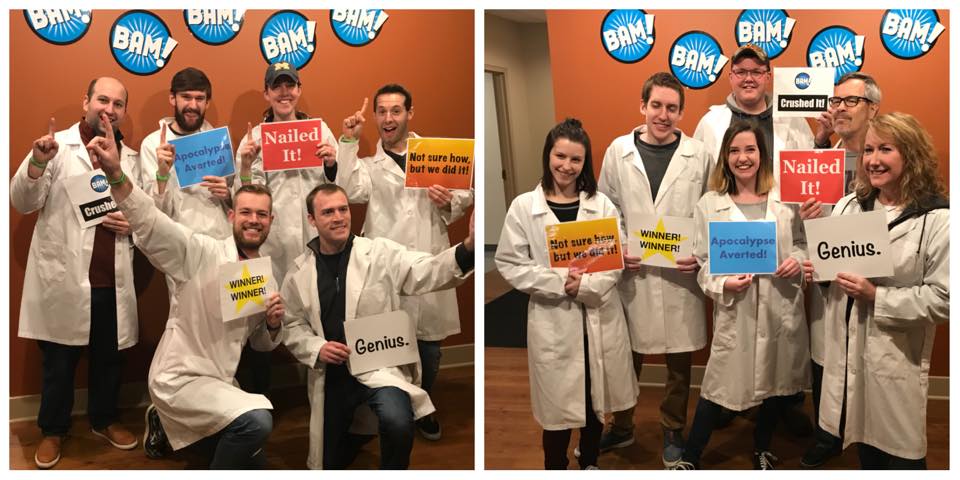 Believe it or not, Escape Rooms were derived from video games. The games were called “Escape Games” or “Escape Rooms.” The first computer escape room game was called Planet Mephius, designed by Eiji Yokoyama in 1983. This game was a very influential game at the time, and from 1983-2005, more and more escape room computer games were being made. Live escape rooms weren’t introduced, however, until 2007 by a man named Takao Kato. He wanted players to be physically engaged with the rooms as opposed to sitting behind a computer screen. He felt it would be a much better experience for the participants. Escape Rooms didn’t touch foot inside the United States until 2012, which makes them less than 10 years old in the U.S.! (Source)

Escape Rooms make for a fun family experience, a great team building activity, and many other group related get-togethers. You can race against your friends and family to see who can escape the quickest, or you can race against the clock to try and set the room record! With four different rooms to choose from, you can enjoy a new experience each time here at BAM!

Now that we have the background information out of the way, there are certain things you can do to get ready for your Escape Room experience. Here’s our Top 5 Tips and Tricks to help you exit any room in record time!

TIP #1: PAY ATTENTION TO THE TIME! You only get one hour to try and escape, so use your time wisely and as efficient as possible!

TIP #2: COMMUNICATION IS KEY! When in a large group of people, everyone needs to communicate with each other on the clues they find. This could help unlock your next clue!

TIP #3: SPLIT UP AND SEARCH THE ROOM COMPLETELY! Make sure that you aren’t all working on the same clue at the same time. Split up and start looking for more clues that can help you out!

TIP #4: STAY CALM AND DON’T RUSH YOURSELF! Certain clues are going to be more difficult than others. Just remember, the clues are meant to be solved, so don’t try and force something open that is locked. You could potentially cause damage to the room, which makes the next person’s experience less enjoyable.

TIP #5: USE YOUR HINTS! The Game Masters are there for a reason. They want you to get out of the room and make it a fun experience for your group. If you happen to get stuck on a clue, you may ask for hints from the Game Master. Don’t be embarrassed if you need a hint! Most groups need hints!

Now that you’re all caught up on the history and our best tips we can give you, it’s time to book your room! Click the link below to make a reservation for one of our four fantastic and exciting Escape Rooms! 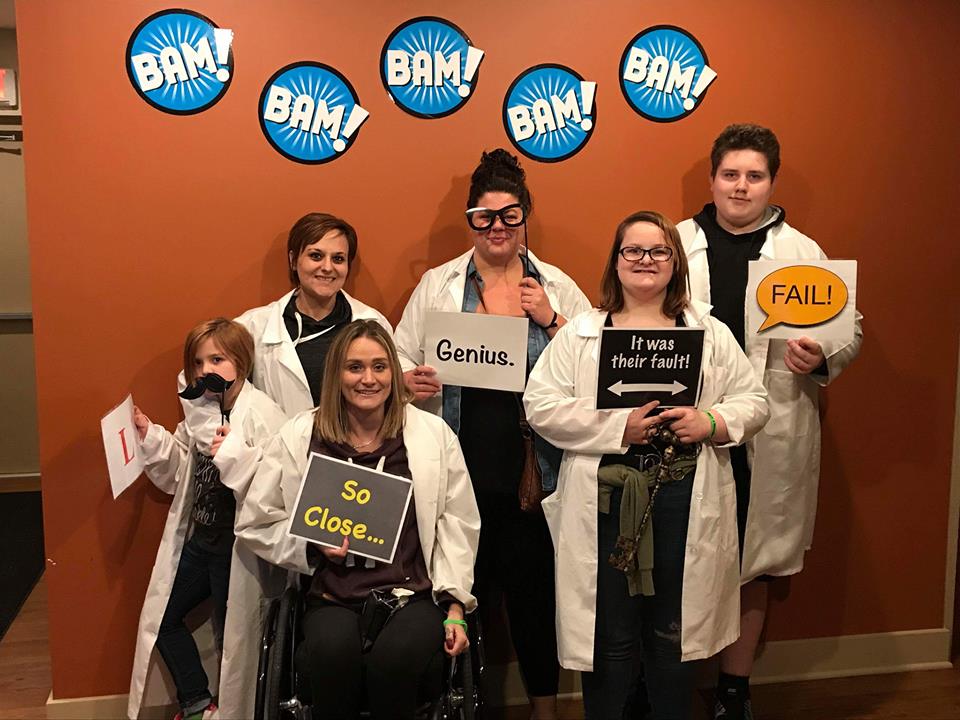