Nobody Bowls on a League Anymore?!?!

Maybe you say to yourself, "Sure, I like to go bowling once in a while with my friends for fun, but nobody bowls on a league anymore."

Well, you couldn't be more wrong! League bowling in our area is still a big deal, and it's more popular than you might think. In fact, you might be surprised to learn that last year more than 1,200 people belonged to one or more local, certified leagues, according to Jim DeGraff, Association Manager of the Greater Holland United States Bowling Congress. He said that these 1,200 players represent: 850 men, 359 women and 70 youth.

In the past, bowling leagues may have been perceived as a middle-aged, blue-collar sport, but today there is a spectrum of players. Jim personally knows league players who are chemists, doctors, retail associates, plumbers, electricians, engineers, business owners, and assembly-line production workers. And, they range in age from 20-100. Don't believe me? Here's the breakdown I got from Jim:

If you think a 100-year-old knocking down pins is an exaggeration, check out this Facebook video to see what BAM! Senior League member, Ray Lokers does 2 days after his 100th birthday last fall.

And on the opposite end of the age spectrum, more than 30% are under 40! So there's a good chance you know someone who bowls on a league, and you don't even know it.

Bowling leagues are starting soon at BAM! and the other centers in the area. Traditional, certified leagues begin right after Labor Day. But maybe you're wondering, "What even is league bowling?"

League bowling is a reoccurring group event in which 8-20 teams get together to bowl (and have fun!) on a regular basis. Each week, teams rotate and go head-to-head against each team throughout the season. Individual and team scores are tracked for the duration of the league, then at the end of the season, in most cases, cash prizes are awarded to the top teams and players.

In general, there are two types of leagues - traditional and non-traditional.

Traditional league teams typically have of 4-5 bowlers per team. Comprised of men only, all women, mixed (men and women), or youth (17 and under), BAM! leagues play for 28 weeks, though the number of weeks can vary at other centers. Most often, these leagues are USBC Certified (also known as "sanctioned"). To be USBC Certified, means a player joins the United States Bowling Congress (USBC), the national governing body for adults and youth bowlers in the United States. Being in a USBC Certified league is important if you or your team ever want to compete in local, state or national tournaments. There is a $23 annual fee to join USBC, and it is paid at the beginning of the league season.

You can also expect to pay $3-$5 per week for incentives. Incentives include cash prizes awarded to the top players and teams at the end of the season. Or, it could pay for a casino trip or bowling equipment. It just depends on which league you join. Other centers could offer other incentives.

The bowling center hosting the league will also charge a discounted price to bowl. This will vary from center to center. Evening league bowlers at BAM! pay $10 for 3 games. 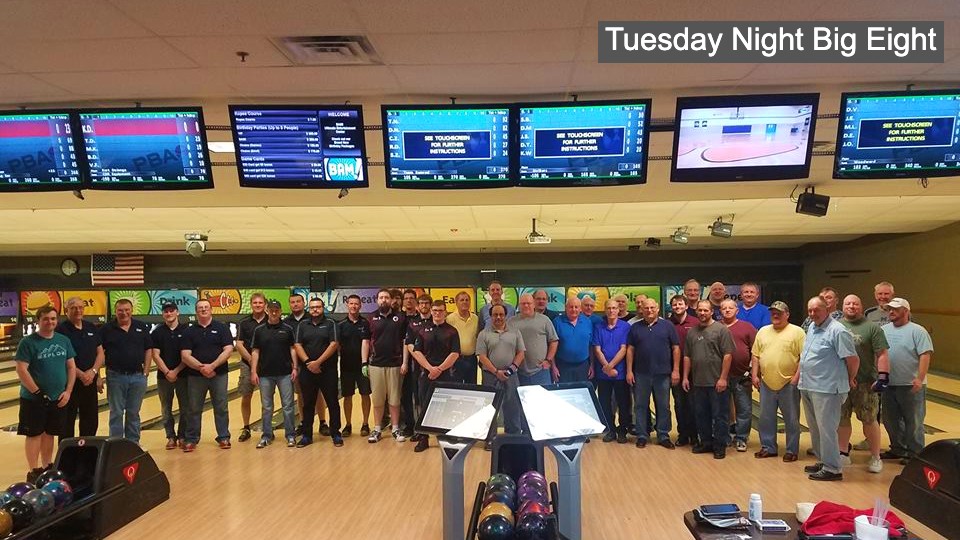 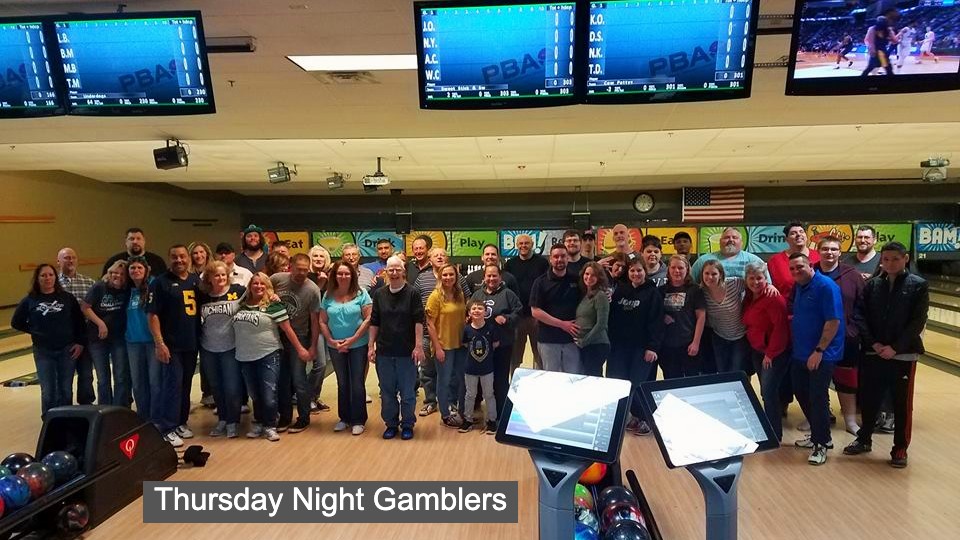 The other type of league play is known as non-traditional or unsanctioned. These leagues meet every week, or sometimes every other week. These leagues can run for 28 weeks, or can be much shorter. With 2-5 players per team, these tend to be a little less competitive than Certified Leagues, and sometimes have incentives for joining. For example, some non-traditional leagues bowlers at BAM! earn a new ball with custom drilling and carrying bag, extra free bowling games or BAM! arcade cards.

At BAM! we have a few unsanctioned leagues starting in September and Spring time. These September leagues include a Saturday morning Youth League, a Women's Tuesday afternoon league, and two senior citizen leagues that meet on Monday and Thursday afternoons. To learn more about our September non-traditional adult bowling leagues, click here. 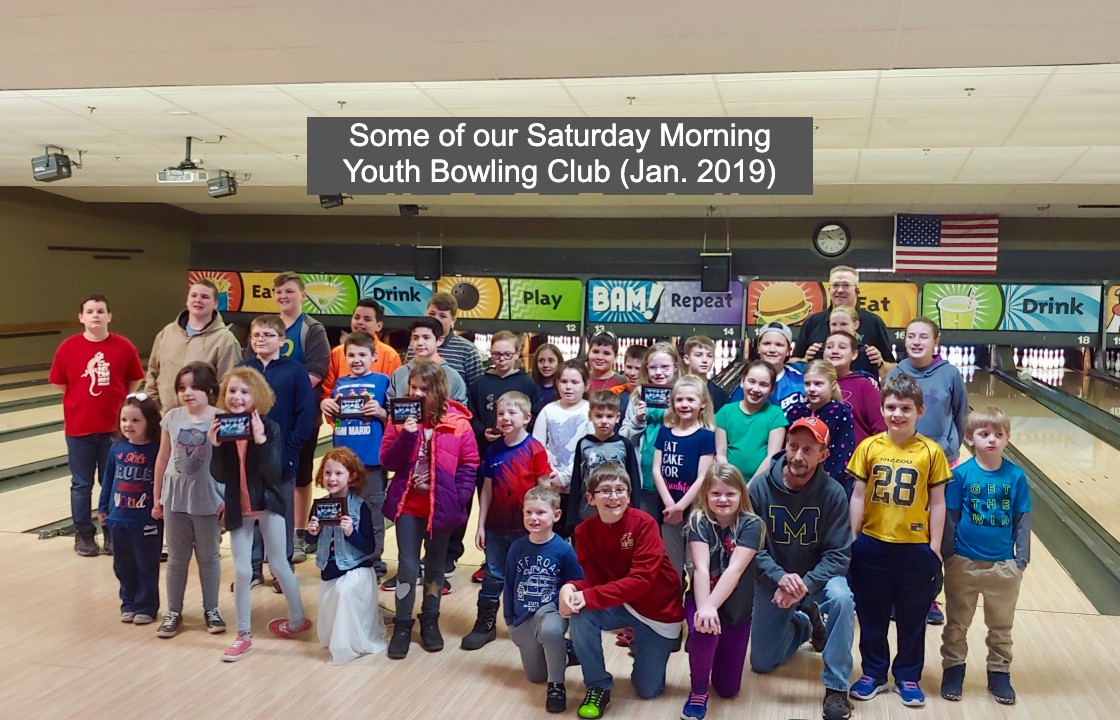 If you want to join a league, but the dates and times for our leagues don't fit your schedule, BAM! will work with you to create your own league… church league, company league, neighborhood league, or just a group of friends, you name it. You get to decide the time of day, day of the week, and the number of sessions you want to bowl. Then, tell us how often you want to bowl: weekly, bi-weekly or once a month. We'll provide the lanes. These leagues can be formed with as few as 8 bowlers (4 teams of 2). An added benefit of a bowling league with only a couple bowlers on each team, sessions can be 90 minutes or less.

So if you're looking to lock in some fun into your week, meet new, interesting people, improve your game, and, in some cases, maybe win some money, join a bowling league! All our leagues have room for more players and teams. If you don't have an entire team to sign-up, we can work with you to place you with a partial team. I'm sure the other centers would be willing to work with you too. If you're ready to sign up, or have more questions, call 616-392-7086 or fill out this online form.